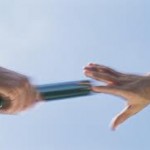 In its webinar on CEO Succession and Compensation co-sponsored by NACD, Pearl Meyer & Partners Yvonne Chen and Matt Turner discussed the growing visibility and importance of the CEO succession process and effective compensation practices. The issues abound, whether it’s the board’s oversight role in developing strong internal candidates for the job, having an immediate successor in place in case of an emergency or keeping those “runner ups” engaged in the company if they are not selected for the post.  High profile CEO succession failures have a demonstrated negative impact on the company’s stock and create a host of challenges related to employees and public relations.  Moreover, it is clear that when a company goes “outside” to find a new CEO, it’s more costly—79 percent of those CEOs who are paid more at target than the prior CEO are external hires.

One of the questions posed during the webinar was about the performance of internally developed CEOs versus externally recruited CEOs.  A recent study by the Kelley School of Business of Indiana University, led by Fred Steingraber, directly addresses this question.  An article outlining the study’s findings (co-authored by me) appeared in a recent issue of Corporate Board Magazine. The study, which details the superior performance of internally developed CEOs, examined the leadership of the most successful non-financial S&P 500 companies from 1988 through 2007. The 20-year duration was critical to the study because it minimized distortions of performance that could have occurred over shorter time spans of three, five or even 10 years. In addition, this two-decade period was characterized by different economic cycles, globalization, dramatic technology advances, shifting consumer preferences and changes in leaders competing under a wide variety of conditions.

In our article, we summarized how this group of 36 S&P 500 non-financial companies was distinguished by consistent, superior leaders over the 20-year span, outperforming the remaining S&P 500 firms in seven measurable metrics: return on assets, equity and investment, revenue and earnings growth, earnings per share (EPS) growth and stock-price appreciation.

We believe this study demonstrates the ability of “home-grown leadership” to consistently generate superior results and the importance of the board’s focus on effective CEO succession.