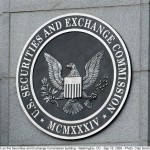 The US Chamber and others cheered the decision of the US Court of Appeals in overturning “proxy access,” which would have given large shareholders the right to nominate their own slate of directors. However,  it would be wise for sitting directors to think beyond the safety of their own board terms. sec smackdown

In rushing to get the rule in place, the SEC failed to “determine the likely economic consequences” of the rule and its effect on “efficiency, competition and capital formation” — all of which it must do by law.

But directors should consider the level of shareholder concern about their governance record–and not just the unions that are seeking increased benefits. Creeping federal regulation is the result of “corporate officers and directors are not doing their jobs,” according to Hillary Sale in her paper, The New ‘Public’ Corporation. “They have failed to understand the force of public scrutiny and have, thereby, failed their corporations.  They are not good public company stewards.”

The message to companies about the past ten years of increasing shareholder power is that shareholders are part of the governance conversation. Whether the SEC redoes its analysis and reissues its rule, corporate directors would do well to consider the level of shareholder disappointment that helped create Dodd-Frank and develop more effective board-shareholder engagement to satisfy and encourage long-term investment and participation.