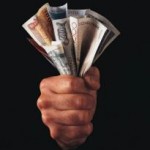 Given the changing landscape in corporate governance, Winston & Strawn held its fourth eLunch program to help clients understand the 2012 proxy season. (All sessions are available on the law firm’s website.)
Having analyzed 50 proxy statements filed by Large Accelerated Filers from mid-November 2011 until mid-January 2012, the legal team of Chris Edwards, Mike Melbinger, Erik Lundgren, Oscar David and Karen Weber were able to offer real insight into how to best handle some of the most challenging issues boards are facing from ISS recommendations to say-on-pay responsiveness, board risk oversight, proxy access and reporting on the company’s political spending and lobbyist. By providing examples of how companies are handling these issues, they gave other companies insight into how they can better manage the 2012 proxy season.
The themes of the firm’s advice fell broadly into three categories—stand by your principles, communicate clearly and often and don’t procrastinate—know what your issues are and be proactive in addressing them.
Melbinger, whose compensation blog, is widely viewed as the best in the business, noted that he has blogged about the requirement for companies to report on how they addressed the shareholder advisory say-on-pay vote.  There is not a defined response, but the board must address how they considered shareholder input, even if it was to ignore the advice the shareholders were giving.Shareholder interest in compensation doesn’t end with management.  This year, there are several proposals asking for Say on Board pay.
Today, shareholders are clearly part of the governance conversation and companies must respond.