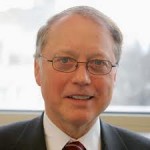 Geoff Smart, the best-selling author of “Who,” believes that our highly dysfunctional government is “not a problem without a solution.”

After being asked to assist John Hickenlooper, the newly elected governor of Colorado in recruiting talented leaders for his cabinet, Smart concluded that there were too few great leaders in government as well as “forces keeping our greatest leaders out of government.”

While it would be natural for Smart, the founder of the leadership firm ghSMART, to conclude that getting more great leaders in government was the solution, he was pleased to find that such a movement was already underway.  It took Smart to name it, “Leadocracy,” which he says means “government by society’s greatest leaders” and he found a shining example in Fred Steingraber.

The three As of Leadership are Analyzing, Allocating and Aligning, three things that Steingraber did when he took over as President of the Village of Kenilworth.

Like many communities, Kenilworth was in trouble—three consecutive years of deficits. “Great leaders start by analyzing the needs and priorities of their constituent group,” according to Smart. Before becoming president, Steingraber led a strategy study of the town. Not only did he convince the village to do a needs analysis and quality survey but to gather benchmark data from other communities as well, helping them to evaluate their own costs, services provided, productivity and the like.

Smart calls Steingraber “possibly the most overqualified government leader I have ever met. He had served as CEO and Chairman of A.T. Kearney, the international management consulting firm.  Under Fred’s leadership, the company achieved massive success.  He grew the firm from $30 million when he took over to $1.5 billion when he left.”

Steingraber has had just as dramatic impact on Kenilworth, trading deficits for surpluses, engaging in strategic partnerships with other communities and improving communication between village management and the residents.

Steingraber’s private sector success created jobs, notes Smart. “The number of employees under Fred’s leadership grew from two hundred to 6,500. Amazing! Bravo! Imagine all the tax revenue that his firm and the taxpaying employees generated for their countries, states and municipalities.  In addition, he has served on twelve corporate boards, four advisory boards, and over twenty not-for-profit boards.”

Steingraber also has been an advocate for boards taking the initiative in restoring confidence to our capitalistic system. Fred and I co-authored the Corporate Finance Review article, “What Boards Need to Do to Preserve Their Relevance and Provide Value in the World of the New Normal.”