With the passage of the Dodd-Frank Wall Street Reform and Consumer Protection Act, board service organizations are conducting Webinars to help directors understand the changes.  The director moderating a recent session noted that it was difficult for shareholders to nominate their own directors, but said it was unclear to him why it was a problem and why Congress had done anything to to authorize the SEC to change the rules. democracy 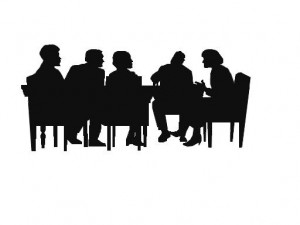 “I’d hate to think that the U.S. corporate world will become as dysfunctional as the U.S. Senate,” he said, referring to “this monstrosity ” of legislation.  His questions to his fellow panel members reflected his belief that new regulations were going to stifle performance.  “This is meant to encourage dialogue with shareholders, which is an important principle of the legislation,” the panelist replied.

It turns out the moderating director has  the  educational and legal experience that boards seek.  But he’s 70 years old.  He has served on his current board since 1977.  The other director who joined the board with him is 86 and a third director, who is 83, joined the board in 1959.  There are younger board members–74, 62, 52 and 46.  But clearly, this is a board that needs to renew itself.

The world has changed.  Board work has changed.  It requires recognition of the important role that shareholders play in governance.  The director may be an esteemed professional but he has missed the last ten years of shareholder activism, brought about because boards turned a deaf ear to shareholders.